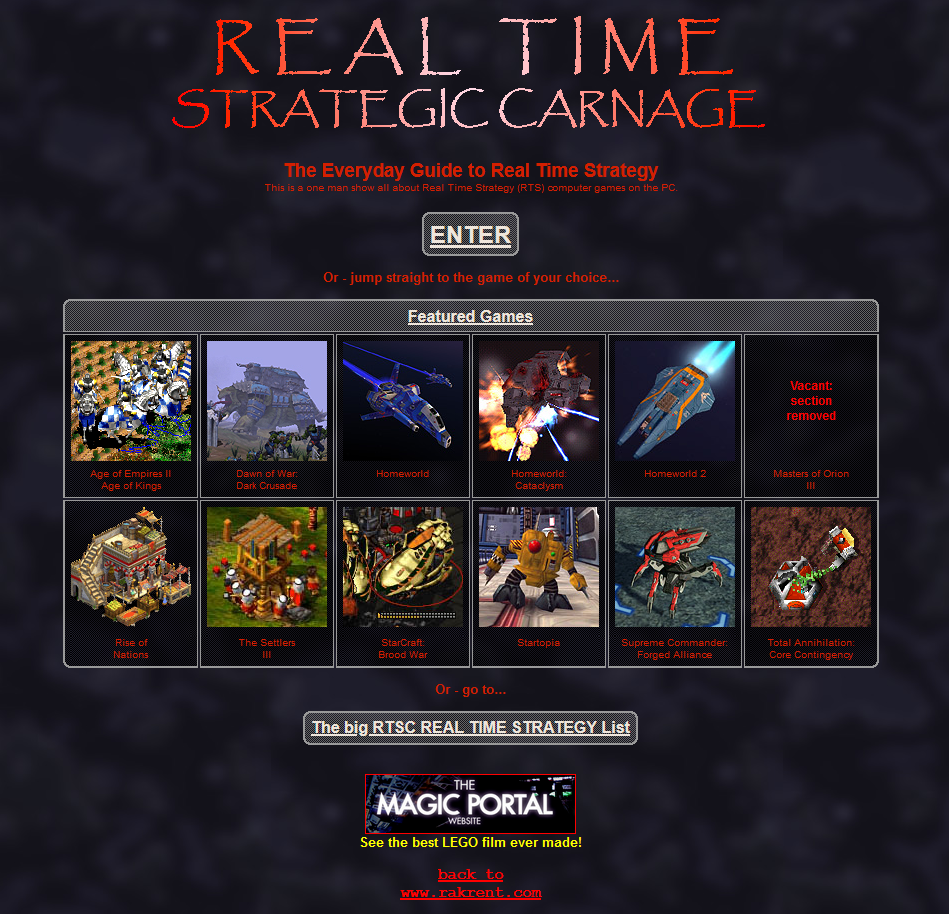 Real Time Strategic Carnage (RTSC) was an old PC gaming website I created in 1999 for real iime strategy (RTS) games on the PC. It had a bit of a heyday, coinciding with the RTS explosion in the late Nineties and Noughties. As a completely a solo effort, it quietly ran out of steam around 2011, becoming too cumbersome to maintain.

It’s notable for a few things, like a big list of contemporary RTS games with guides and catalogues of Custom Mods. There were big feature sections for Total Annihilation, Dawn of War, Homeworld and others I found interesting enough to indulge in.

Its most enduring section was the Startopia game guide, which somehow became its finest moment. (Startopia’s an awesome game by the way; you really should check it out.)

You can click the link below, download and unzip the 227Mb archive of the RTSC site to your local drive. Start with the index.htm page and you should be able to browse it without any difficulty.

It all still works, and its entirely harmless. It’s ancient html, designed for a PC tower back in the day when a screen size of 1280×1024 and biege hardware was pretty much the norm. Most of the external links will have dried up by now, and obviously, any connections to my original rakrent.com won’t be there, either.

It makes for some fascinating Internet history. Some of the early fan sites were wonderfully hand crafted, and a lot of people went to the trouble of maintaining their own servers.